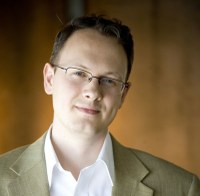 Professor of Music
University of Cambridge

David Trippett is Principal Research Associate at the University of Cambridge, and Principal Investigator for a project on Sound and Materialism in the 19th Century, funded by the European Research Council. Before coming to Cambridge, he taught as King’s College London and the University of Bristol. His first monograph, Wagner’s Melodies (CUP 2013), examines the cultural and scientific history of melodic theory in relation to Wagner’s writings and music. And he is editor and translator of Carl Stumpf, The Origins of Music (OUP 2012). Recent research interests include the intersection of 19th-century aesthetics with the natural sciences, and the cultural history of 21st-century sound technologies.  His work has received the Alfred Einstein and Lewis Lockwood Awards from the AMS, the Bruno Nettl Prize of the SEM, a Philip Leverhulme Prize, and a Deems Taylor Award of the American Society for Composers, Authors, and Publishers.