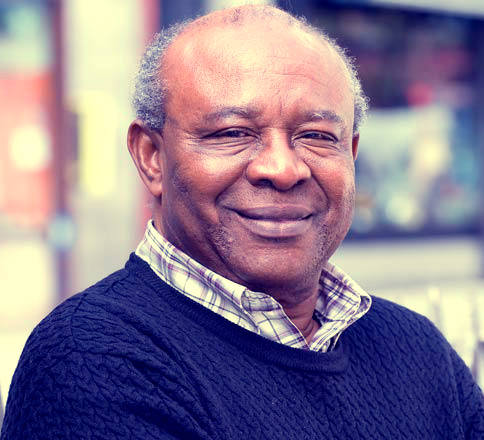 Donato Ndongo Bidyogo-Makina was born in Niefang (Equatorial Guinea). As a journalist, historian, and novelist, he has published for more than 40 years in various media outlets such as ABC, Informaciones, Diario 16 y El País (Madrid) and La Vanguardia (Barcelona). His 1977 Historia y tragedia de Guinea Ecuatorial and 1984 Antología de la literature guineana earned critical acclaim for calling attention to the history and literary production of Equatorial Guinea in addition to its unique position as the only Spanish-speaking African country.

By bringing to the fore the experiences of exile and immigration, Ndongo’s work challenges the very construction of area studies in our contemporary world where globalization has put nationalities in question. He is probably best known for his novelistic approach to these themes in Los poderes de la tempestad [The Powers of the Tempest, 1997], Las tinieblas de tu memoria negra [Shadows of your Black Memory, 1987] and El metro [The Subway, 2007].  The last two novels are conceived as part of a trilogy, "Los hijos de la tribu" ["Children of the Tribe"], whose third and last volume is forthcoming.  Two new collections of poems Olvidos (2016) and El sueño y otros relatos (2017) were published recently with Editorial Verbum. His work has been translated into English, French, Portuguese, Italian, German, Polish and Swedish.