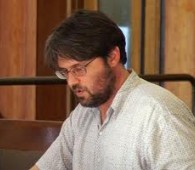 Jacques Lezra is Professor of Spanish and Comparative Literature at New York University, and a member of the Departments of English and German. His most recent book is Wild Materialism: The Ethic of Terror and the Modern Republic (Fordham, 2010; Spanish translation 2012; Chinese translation 2013). A book on Cervantes, Contra los fueros de la muerte: El suceso cervantino, collecting articles and unpublished essays, as well as chapters from his first book, Unspeakable Subjects: The Genealogy of the Event in Early Modern Europe (1997), is in press; one entitled On the Nature of Marx’s Things is in preparation. Lezra has edited collections on the work of Althusser, Balibar and Macherey, and on Spanish republicanism; a co-edited volume (with Liza Blake) on "Lucretius and Modernity" is forthcoming in February 2016. Lezra has published articles on Shakespeare’s Measure for Measure, contemporary and early modern translation theories and practices, Freud, Althusser, Woolf, animality studies, and other topics. He is the co-translator into Spanish of Paul de Man’s Blindness and Insight. With Emily Apter and Michael Wood, he is the co-editor of Dictionary of Untranslatables (2014), the English translation of Vocabulaire européen des philosophies. With Paul North, he edits the Northwestern University Press book series IDIOM.