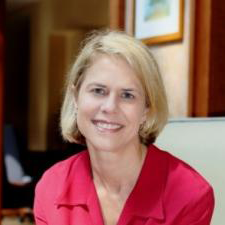 Marie Griffith is the John C. Danforth Distinguished Professor of Religious Studies and Director of the John C. Danforth Center on Religion & Politics at the Washington University in St. Louis.  She is a prolific scholar whose work explores the intersection of religion, gender and U.S. American politics.  She has published many books including God’s Daughters: Evangelical Women and the Power of Submission (California, 1997), Born Again Bodies: Flesh and Spirit in American Christianity (California 2004), and American Religions: A Documentary History (Oxford, 2007).

Griffith has also served as co-editor for the volumes Women and Religion in the African Diaspora: Knowledge, Power, and Performance (John Hopkins, 2006) and Religion and Politics in the Contemporary United States (John Hopkins, 2008).  Her next book, titled Christians, Sex, and Politics: An American History, will provide an analysis of debates regarding sexuality in 20th century Christianity in the United States.