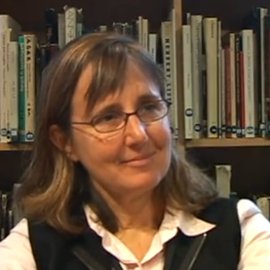 Professor of Theatre Arts and Performance Studies, Professor of History of Art and Architecture
Brown University

Rebecca Schneider is Professor of Theatre Arts and Performance Studies and Professor of History of Art and Architecture at Brown University, and teaches performance studies, theater studies, and theories of intermedia.  Her monographs include The Explicit Body in Performance (Routeledge, 1997) and Performing Remains: Art and War in Times of Theatrical Reenactment (Routledge, 2011).  Schneider has published extensively, and serves as a consortium editor for TDR: The Drama Review, a contributing editor to Women and Theatre, coeditor with David Krasner of the Theatre: Theory/Text/Performance” book series with University of Michigan Press, and consulting editor for the series “Performance Interventions” with Palgrave McMillan.  Schneider has also collaborated with artists at sites such as the British Museum in London and the Mobile Academy in Berlin, and delivered lectures at museums such as the Guggenheim in New York, the Gulbenkian in Lisbon, the Museum of Modern Art in Warsaw, Musee d’art contemporain de Montreal, and the Centre de la Dance in Paris.