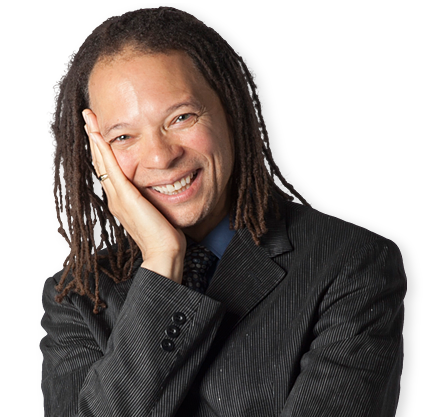 Thomas F. DeFrantz is Professor of Dance at Duke University and specializes in African diaspora aesthetics, dance historiography, and the intersections of dance and technology.  He is co-editor of Black Performance Theory: An Anthology of Critical Readings (with Anita Gonzalez, Duke University Press, 2014) and editor of Dancing Many Drums: Excavations in African American Dance (Wisconsin University Press, 2002), which received the CHOICE award for Outstanding Academic Publication and the 2003 Errol Hill Award presenting by the American Society for Theater Research.  He has published extensively, with his monograph Dancing Revelations: Alvin Ailey’s Embodiment of African American (Oxford University Press, 2004) receiving the 2004 de la Torre Bueno Prize for outstanding publication in Dance.  He serves on various editorial boards and was recently President of the Society of Dance History Scholars (2011-2014).  He has also produced and participated in many performance productions, and currently runs the research group SLIPPAGE at Duke University, a group that works to create innovative interfaces for the telling of alternative histories.