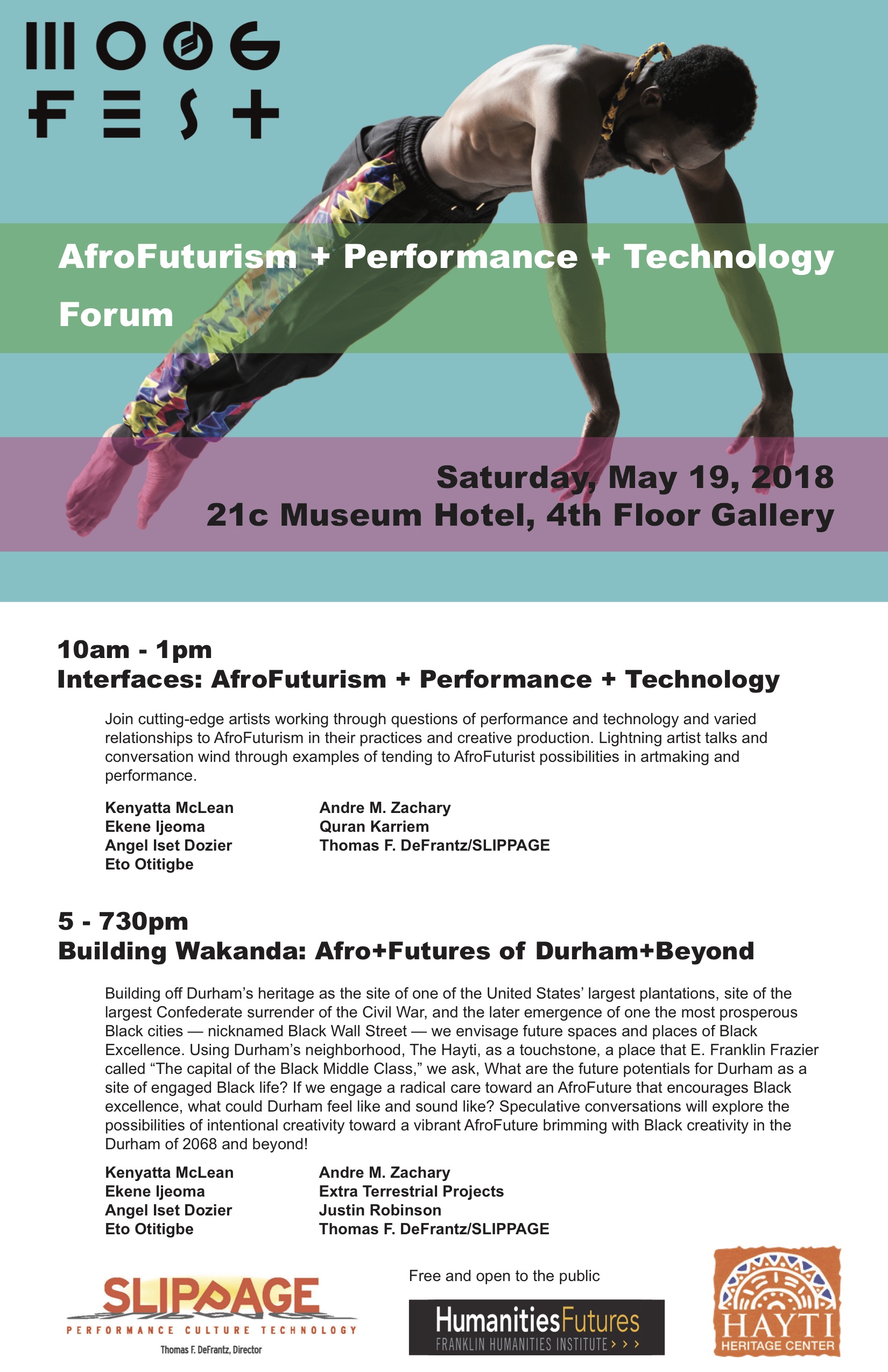 Join a group of artists, community planners, environmental activists, scholars, researchers, and afrofuturist-leaning people as we collectively conjure AfroFutures of Durham and beyond. Building off Durham’s heritage as the site of one of the United States’ largest plantations, site of the largest Confederate surrender of the Civil War, and later emergence as the most prosperous Black cities – nicknamed Black Wall Street – we envisage future spaces and places of Black Excellence. Using Durham’s neighborhood, The Hayti as a touchstone, a place that Booker T. Washington once called “The Black City of Cities” and E. Franklin Frazier called “The capital of the Black Middle Class,” we ask, What are the future potentials for Durham as a site of engaged Black life? If we engage a radical care toward an AfroFuture that encourages Black excellence, what could Durham feel like and sound like? Speculative conversations will explore the possibilities of intentional creativity toward a vibrant AfroFuture brimming with Black creativity in the Durham of 2068 and beyond!