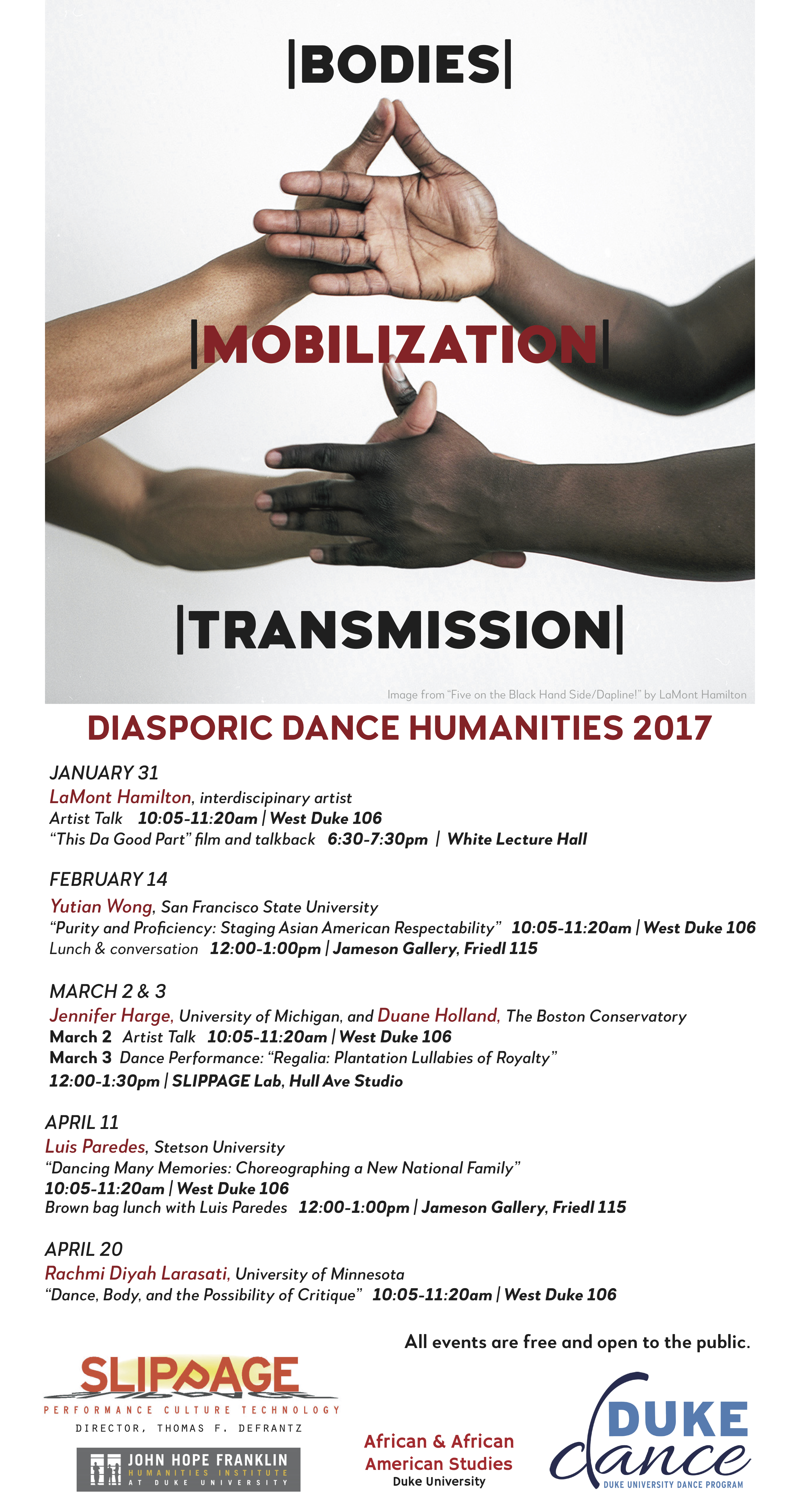 Luis Paredes conceives of dance as an “organic”, “felt”, and “innate” vehicle operated by the Perú Negro family to negotiate and construct Afro-Peruvian identity, but he is cautious of absolutist remarks and assumptions associated with the black body. By “choreographing the past”, Perú Negro acknowledges and showcases not only that blacks exist in Peru, but also that they have been a significant part of the nation-building process and a producer of African Diasporic traditions.

Luis F. Paredes received his doctoral degree in Latin American, Caribbean, and US Latino Studies from the State University of New York at Albany (2015). Focusing on the role of dance and music for the identity construction of historically oppressed groups, Dr. Paredes’ dissertation, Perú Negro: Choreographing and Performing Afro-Peruvian Identity, 1969 to the Present, sheds light on the predominantly overlooked Afro-Peruvian culture and identity. He serves as the Director of Diversity and Inclusion at Stetson University, and he is also the historian and archivist for the Cultural Association Perú Negro.