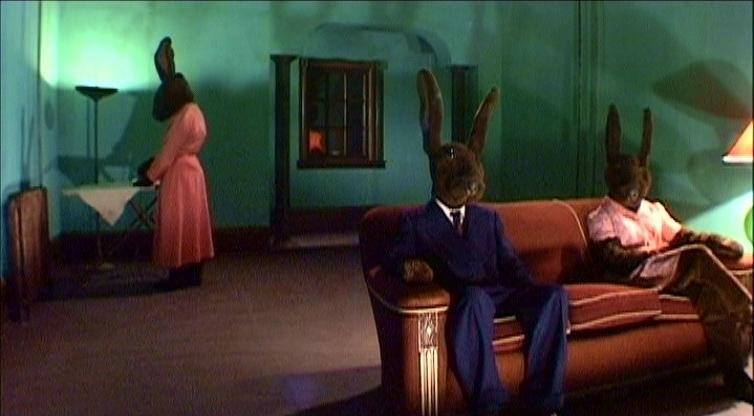 David Lynch is a writer/director both celebrated and criticized for his bizarre and often horrifying films that challenge viewers to discern meaning within his slew of signs and symbols. His 2002 surrealist sitcom, “Rabbits”, is a collection of nine episodes that follow the disjointed conversation of three humanoid rabbits presented loosely in the form of a generic situation comedy.Sponsored by the Graduate Program in Literature and the Program in the Arts of the Moving Image. Dinner provided for audience members who plan to participate in the post-film discussion, and who RSVP in advance to laura.jaramillo@duke.edu.

Film in Theory is a new graduate student film initiative aimed at exploring cinema and its intersections with contemporary critical theory. We believe campus screenings are an accessible way to engage both the academic community and the broader local community with the research conducted in the Literature department. Literature graduate students are uniquely situated to connect theoretical and aesthetic issues relevant to contemporary sociopolitical events. The series is intended to highlight the diversity of critical lenses that help us make sense of an increasingly interconnected and mediated world.