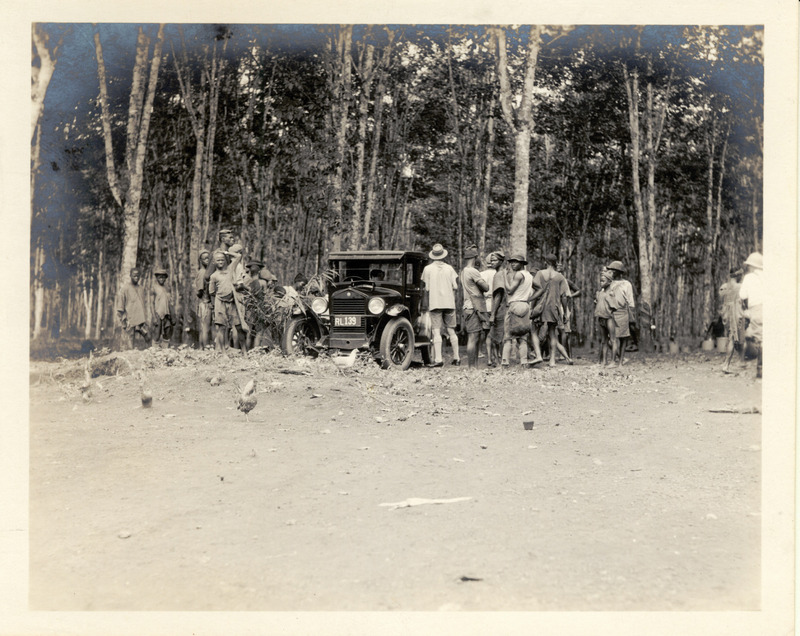 Gregg Mitman (Vilas Research and William Coleman Professor of History of Science, Medical History, and Environmental Studies, University of Wisconsin-Madison) is an award-winning author, filmmaker, and teacher. His interests span the history of science, medicine, and the environment in the United States and the world, and reflect a commitment to environmental and social justice. This talk is drawn from his current book project America’s Rubber Empire: Science, Commerce, and Disease in the Making of Firestone Plantations Company.

In 1926, Richard Pearson Strong, head of Harvard’s Department of Tropical Medicine, led an eight-member scientific team on a four-month long biological and medical survey of the interior region of Liberia. The expedition was thoroughly entangled in the material relationships–transportation infrastructure, labor regimes, and commodity production–being erected by the Firestone Plantations Company in Liberia to secure a viable rubber supply for the United States. While Firestone’s continued presence in Liberia is one lasting legacy of the expedition, so too is the motion picture record the expedition left behind.

This talk embarks on a journey that follows the traces of an expedition and a film never made to make visible the forgotten paths of empire that led to widespread economic, environmental, and cultural change in the West African republic of Liberia. In doing so, Prof. Mitman will highlight the circulation of knowledge, commodities, and microbes that brought ecological and evolutionary understandings of disease into being. He will also suggest how we might take the imperial debris of a scientific expedition produced in the service of capital and make something new of its ruins.

The talk will make use of material from the documentary A Film Never Made and from the public history website A Liberian Journey: History, Memory, and the Making of a Nation. The website provides access to close to 600 photographs and 2 1/2 hours of motion picture footage taken on a 1926 Harvard expedition to Liberia, along with oral histories conducted over the last two years in Liberia. It has also been developed to be accessible via mobile phones in Liberia, where internet penetration currently stands at 5%.