Joyce Dalsheim – “The Anthropologist and the Settler: Updates From the Field in Israel/Palestine” 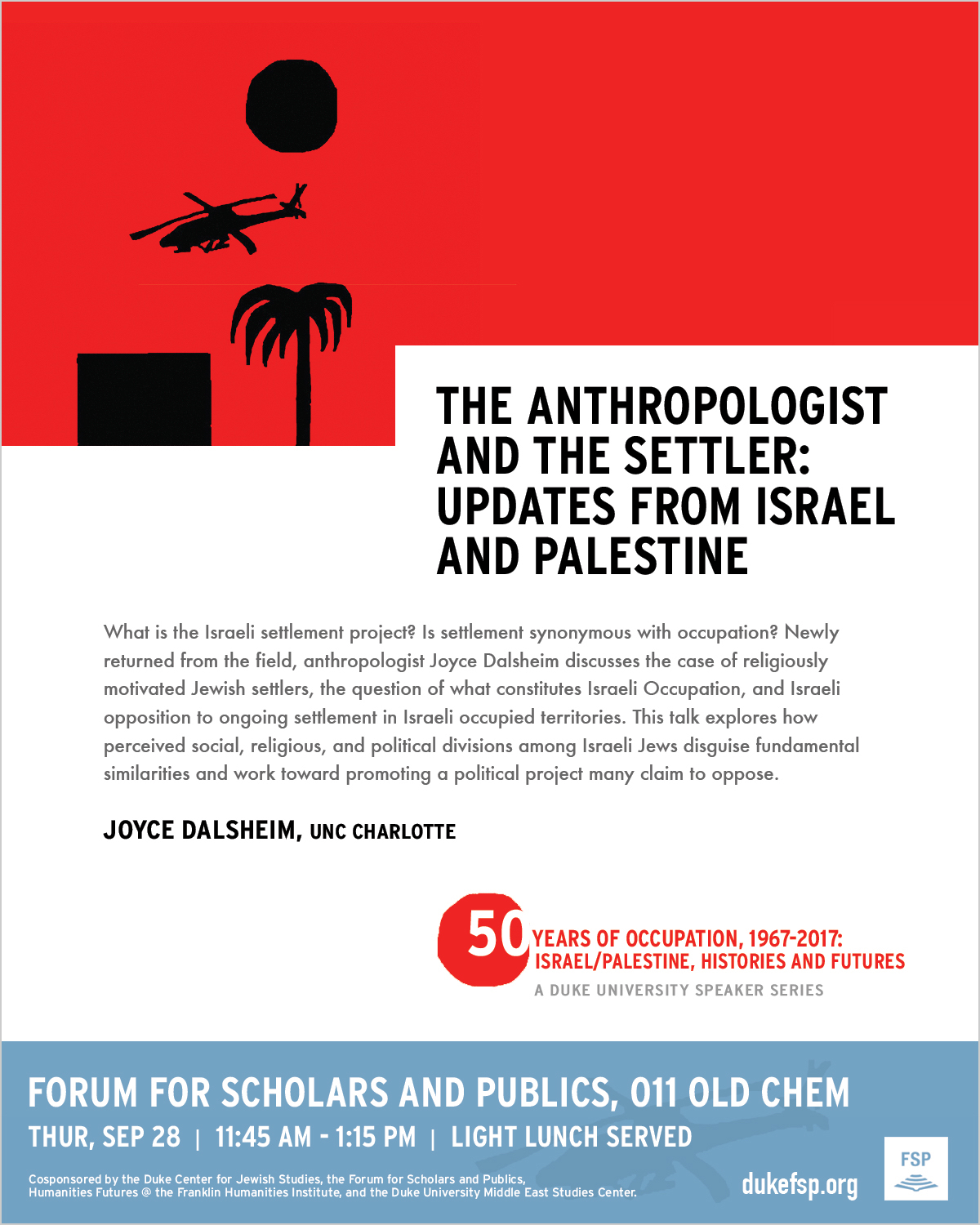 A light lunch will be served.

Who are Israeli settlers? What is the Israeli settlement project? Is settlement synonymous with occupation? Having recently returned from fieldwork in Israel/Palestine, anthropologist Joyce Dalsheim will share insights from the field. She will discuss the case of religiously motivated Jewish settlers, the question of what constitutes Israeli Occupation, and Israeli opposition to ongoing settlement in post-1967 Israeli occupied territories. Her talk will raise questions about how perceived social, religious, and political divisions among Israeli Jews may disguise fundamental similarities and work toward promoting a political project many claim to oppose.

Cosponsored by the Duke Center for Jewish Studies, the Forum for Scholars and Publics, Humanities Futures @ the Franklin Humanities Institute, and the Duke University Middle East Studies Center.