Lisa Stevenson – “What There is to Fear” 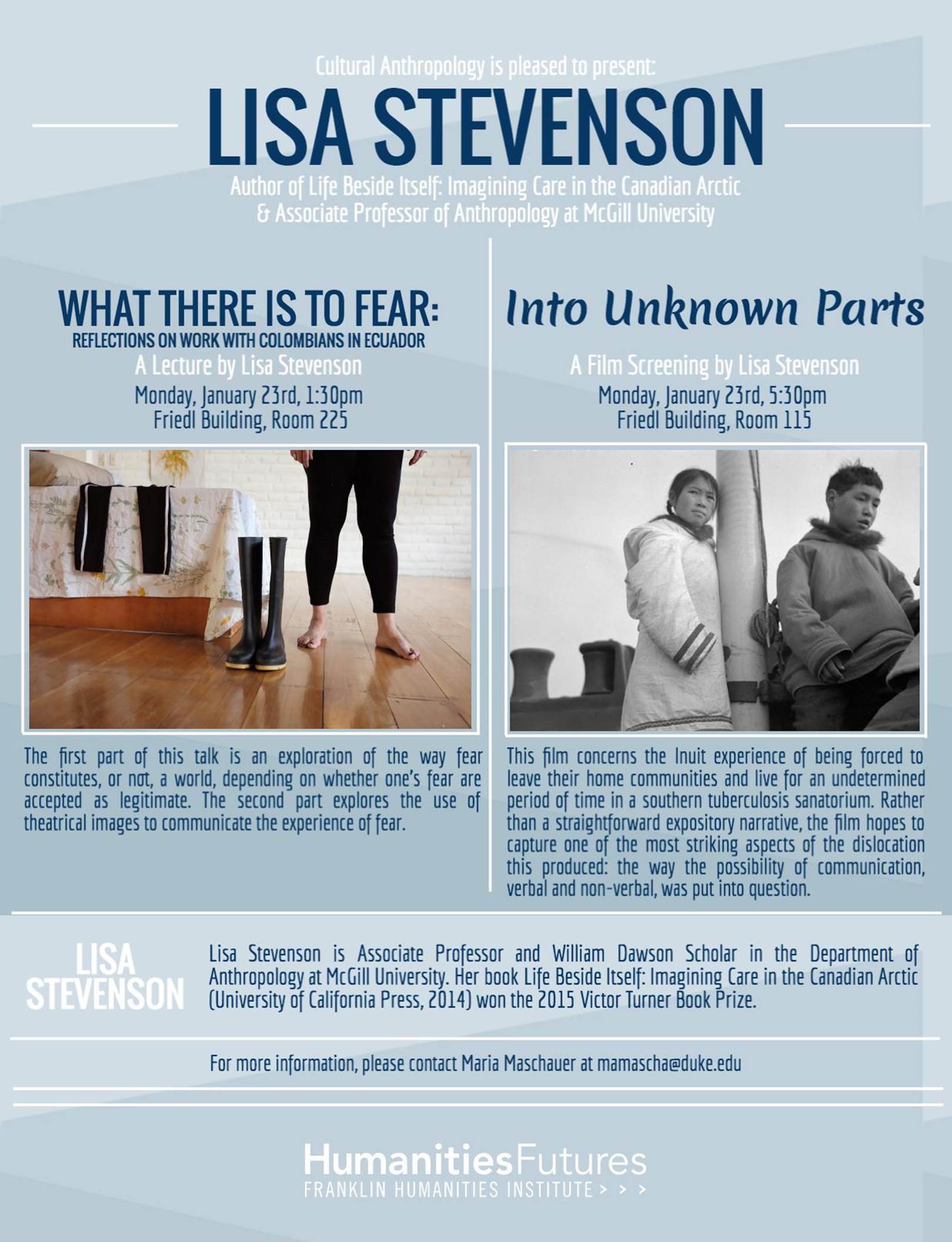 What There is to Fear: Reflections on Work with Colombians in Ecuador

A lecture by Lisa Stevenson

The first part of this talk is an exploration of the way fear constitutes, or not, a world, depending on whether one’s fears are accepted as legitimate. The second part explores the use of theatrical images to communicate the experience of fear.
Into Unknown Parts

A film screening by Lisa Stevenson

This film concerns the Inuit experience of being forced to leave their home communities and live for an undetermined period of time in a southern tuberculosis sanatorium. Rather than a straightforward expository narrative, the film hopes to capture one of the most striking aspects of the dislocation this produced: the way the possibility of communication, verbal and non-verbal, was put into question.