Robert Morrison – “An Economy of Knowledge in the Eastern Mediterranean” 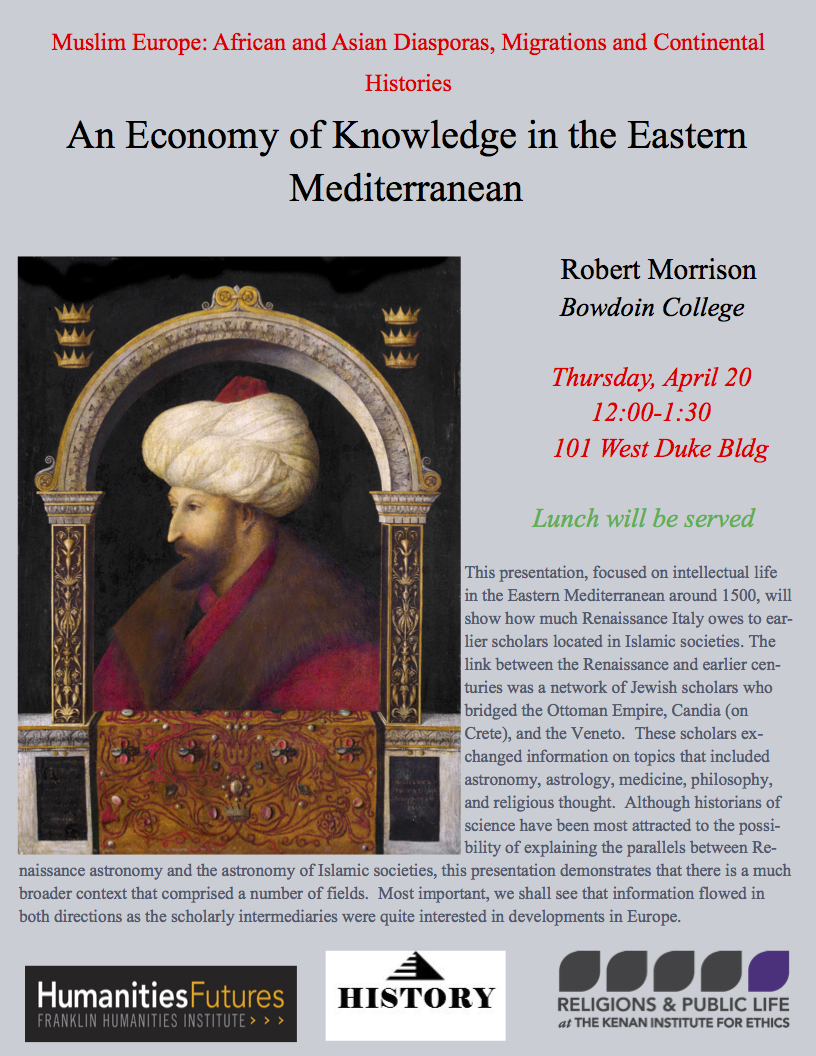 This presentation, focused on intellectual life in the Eastern Mediterranean around 1500, will show how much Renaissance Italy owes to earlier scholars located in Islamic societies. The link between the Renaissance and earlier centuries was a network of Jewish scholars who bridged the Ottoman Empire, Candia (on Crete), and the Veneto. These scholars exchanged information on topics that included astronomy, astrology, medicine, philosophy, and religious thought. Although historians of science have been most attracted to the possibility of explaining the parallels between Renaissance astronomy and the astronomy of Islamic societies, this presentation demonstrates that there is a much broader context that comprised a number of fields. Most importantly, we shall see that information flowed in both directions as the scholarly intermediaries were quite interested in developments in Europe.

Lunch will be provided.