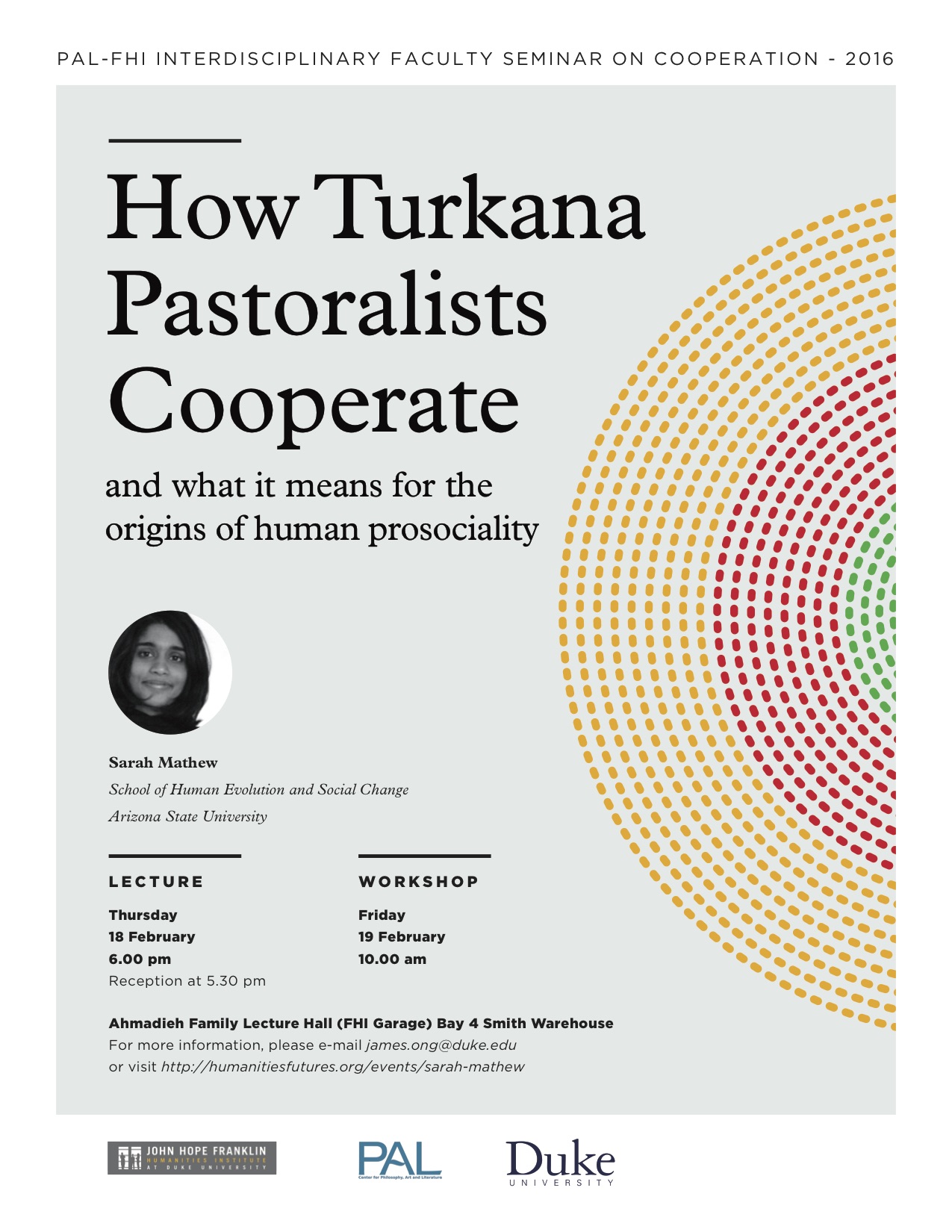 Please join the PAL-FHI Seminar in Cooperation for this public event.

Abstract: Human cooperation is an evolutionary puzzle because unlike other species we cooperate extensively with genetically unrelated and unfamiliar individuals. To understand how this unique form of prosociality evolved, it is necessary to investigate how cooperation is maintained in societies without formal centralized institutions. I will present findings from the Turkana, a politically uncentralized pastoral society in East Africa, which show that: 1) the Turkana maintain costly large-scale cooperation in warfare through informal sanctions against free riders; 2) Turkana norms regulating warfare benefit the cultural group, not smaller social units; 3) Turkana norms regulating moralistic punishment help solve the second-order free rider problem and promote group-beneficial punitive behavior. I will discuss how these findings are consistent with the idea that cultural group selection played an important role in the evolution of human cooperation.

About our guest speaker: Sarah Mathew studies the evolution of human ultra-sociality and the role of culture in enabling it. She is especially interested in how humans evolved the capacity to cooperate with millions of genetically unrelated individuals, and how this links to the origins of moral sentiments, prosocial behavior, norms, and large-scale warfare. To address these issues, she combines formal modeling of the evolution of cooperation with fieldwork among the Turkana (an egalitarian pastoral society in East Africa who cooperate with hundreds of other Turkana who are neither kin nor close friends). Through systematic empirical studies in this unique ethnographic context, her research project aims to provide a detailed understanding of the mechanisms underpinning cooperation and its moral origins.