The Future of Political Theory: Using the Canon to Prepare for Tomorrow 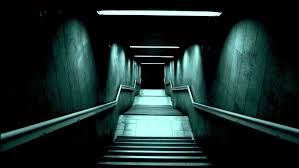 Image source.
Abstract: Political theory is inevitably driven by practical problems. Although these problems historically are perennial, they appear in different guises at different times. Political theory now must come to grips with the practical problems that have arisen from today’s extraordinary technological advances in communication and automation, which in turn have enabled economic globalization, polarization, and the rise of hyperpartisanship. This essay also points out seven leading worldwide questions that I believe will dominate political theory in the near future.

Political theory is inevitably driven by the practical problems. Some, if not all, of these are perennial, but they almost always appear in different guises at different times. Perennial problems or questions arise in one way or another out of our nature as living beings on Earth, animals who have to hunt for, find, or grow their food, clothe themselves, find or build their shelters, reproduce sexually, and live in families and communities to raise their young and defend themselves from predators and other human beings. Within these communities, status hierarchies are inevitable and fairness or justice, however conceived, is essential to legitimacy and stability. When we think about political theory, we can never forget about these basic factors of our existence, but, at the same time, we must recognize the way in which questions arise about each of these areas and how their interactions differ considerably from time to time and place to place.

When we ask the question about the future of political theory today, we also need to consider the practical political questions that we will face as we move forward.

We must consider these questions as they arise for us and recognize that the problems with sustaining and defending ourselves and our civilizations change with the development of ever more effective tools, that the structures of families and communities are subject to different pressures in technological societies as opposed to agrarian societies, that social status is conceived differently by an Achilles than by a Bill Gates, and so on. Thus, while we dare not overlook the perennial questions of political theory, when we ask the question about the future of political theory today, we also need to consider the practical political questions that we will face as we move forward.

These questions are related to the questions that have characterized political theory for the past century, but they are not the same. In the aftermath of World War I, questions of equality and constitutionalism came to the fore. The rise of socialism, most obvious in the union movement and in the Russian Revolution, brought the question of equality onto center stage, but this question was pushed aside because of the rise of Fascism and Nazism, which raised the question of free versus unfree government or later totalitarianism versus liberal democracy. These questions were central during the Cold War and created issues regarding decolonialization, foreign intervention, civil rights, government as a tool of capital, and the danger of communist subversion. With the end of the Cold War, a number of issues that had been suppressed in the interest of unity versus a common foe again took center stage. The breakdown of the Soviet Union and the liberation of Eastern Europe brought questions of constitutionalism back to the fore, and within those states that "won" the Cold War, old and deep questions again became central, including questions of race, gender, and sexual orientation, the relationship between Church and State, the nature of sovereignty, nationalism versus cosmopolitanism, the role of the community versus the individual, and the nature of our governments as liberal or republican.

These questions have obviously not all been resolved and will continue to play a role in our discussions, but we have been confronted with new problems as well that I believe will give rise to practical questions with which political theory will have to come to grips in the near future. Behind all of these, in my view, is the revolution in technology, and especially in information technology. This revolution gave rise to globalization, which has vastly lowered the costs of production and has helped to lift billions of people out of absolute poverty in the developing world. Technology, however, has created a workplace in industrialized countries in which those whose skills are in worldwide demand are enriched and those whose skills are universally available are impoverished. It has also called into question the efficacy of democratic versus authoritarian government in managing the economy. Many have come to regard China as a model superior to that of America and Western Europe in dealing with economic development. The technological revolution has further exacerbated the problems of inequality through widespread and ever-increasing utilization of automation. Machines in this sense are increasingly replacing more and more human beings, not merely in manual blue-collar jobs but in managerial white-collar jobs as well. This trend is likely to increase at an alarming pace, in keeping with increases in computing power, per Moore’s Law. The communications revolution has also enabled the development of a sharing economy alongside a productive economy. Uber, Airbnb, and other similar enterprises are simultaneously reducing the number of things we need to own (which is a good thing), but at the same time are further decreasing the number of people needed for production, almost certainly a bad thing, at least in the near term. With the introduction of self-driving cars and trucks as well as drones, huge numbers of jobs involved with distribution of goods will disappear. An increased use of technology has also played a major role in climate change, and while technology seems to offer some answers to global warming, it seems unlikely technology will solve the problem any time soon. Climate change in turn has played and will play an ever-increasing role in global migrations that have stoked ethnic and racial fears and antagonisms in developed and developing countries alike. And finally, the digital revolution in communication, like the invention of the printing press, has vastly extended our knowledge of the world and of one another, but at the same time is rapidly undermining authoritative sources of information and thus undermining the shared world in which we live. "Fake news" is one example of this phenomenon, but the problem goes way beyond mere fake news. As we continue to live more and more in digital communities (and soon in virtual realities), we will increasingly cease to share a common "world." We already have witnessed a separation according to preference for different digital worlds where many spend their time with only like-minded individuals. As individuals’ worldviews are shaped by the collective opinions and attitudes that arise in these communities, we have seen the rise of hyperpartisanship and an inability to build bridges across these divides.

In such an environment, it is politically very difficult to reach consensus and much easier to find someone to blame. Negative politics trumps positive programs. It is easy to attribute job loss to globalization because then we can find someone to blame, but as Hannah Arendt pointed out, we increasingly live in a world in which no one is responsible. We all want cheaper products, and that leads corporations in competition with one another to adopt strategies that will produce them. Here automation and the use of big data are giving us lower prices but also eliminating jobs and vastly increasing inequality as a few big winners in every area drive out smaller producers.

All of these issues leads me to believe that the questions that will dominate the near future will look something like these:

As political theorists, we need to view these contemporary problems in light of the perennial questions that underlie them and draw upon those who have dealt with similar problems in the past, as well as reflect upon what is possible and likely to succeed here and now. It is my belief that the answers do not lie in only reading Plato and Aristotle and neglecting the present or in not reading Plato and Aristotle and focusing only on the present. Our peculiar strength as a field is in bringing the wisdom of the past to bear on our problems, not by adopting their solutions, but by understanding how those who came before us wrestled with similar questions in their own times and determining how and in what ways their struggles can inform our own.

See also the brief essays on the future of political theory by Nora Hanagan, Chris Kennedy, Alexandra Oprea, and Sam Bagg, which come out of the same event and are intended to be in conversation with this paper.