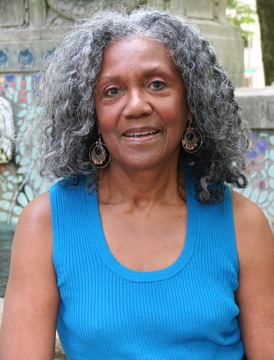 Brenda Dixon Gottschild is Professor Emerita of dance studies at Temple University noted for her work as a performer and cultural historian.  She has published extensively on cultural activism, dance and the African diaspora.  Her monographs include Digging the Africanist Presence in American Performance: Dance and Other Contexts (Praeger, 1996), Waltzing in the Dark: African American Vaudeville and Race Politics in the Swing Era (Palgrave Macmillan, 1999), The Black Dancing Body; A Geography from Coon to Cool (Palgrave Macmillan, 2003), and Joan Myers Brown & The Audacious Hope of the Black Ballerina: A Biohistory of American Performance (Palgrave Macmillan, 2012).  She often works in collaboration with her husband Hellmut Gottschild on somatic and research-based explorations referred to as "movement theater discourse".  She has won many awards, including the 2001 Congress on Research in Dance Award for Outstanding Dance Publication, the 2004 de la Torre Bueno Prize for most distinguished book in dance scholarship, and a Leeway Foundation Transformation Award for Art and Social Change in 2009, among others.