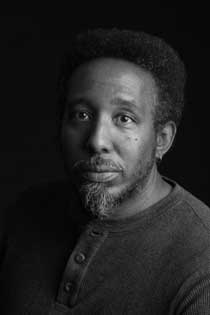 Frank B. Wilderson III is an award-winning writer, activist, and critical theorist who spent five and a half years in South Africa, where he was one of two Americans who have held an elected office in the African National Congress during the country’s transition from Apartheid. He also worked clandestinely as a member of the ANC’s armed wing Umkhonto We Sizwe (MK). He has worked as a dramaturge for Lincoln Center Theater and the Market Theater in Johannesburg. He is the recipient of the National Endowment for the Arts Fellowship, the Alexander von Humboldt Fellowship for Experienced Researchers, and the American Book Award as well as other literary awards and honors. His books include Incognegro (Duke University Press, 2015); and Red, White, & Black: Cinema and the Structure of U.S. Antagonisms (Duke University Press, 2010).