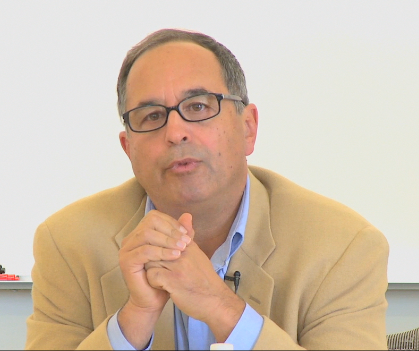 Joshua Mitchell is Professor of Political Theory and Chair of the Government Department at Georgetown University, where he also serves as Associate Dean of Faculty Affairs at the School of Foreign Service in Qatar.  His research interests explore the relationship between political thought and theology in the West, publishing his work in journals such as Political Theory, Journal of Politics, Journal of Religion, and APSR.  His writing has been included in various edited volumes, and his books include Not By Reason Alone: Religion, History, and Identity in Early Modern Political Thought (Chicago, 1993), The Fragility of Freedom: Tocqueville on Religion, Democracy, and the American Future (Chicago, 1995), and Plato’s Fable: On the Mortal Condition in Shadowy Times (Princeton, 2006).

Mitchell’s most recent book, Toqueville in Arabia: Dilemmas in a Democratic Age (Chicago, 2013) explores how Alexis de Toqueville’s account of the U.S.’s budding democracy influences and is read by varying audiences, particularly that of the Middle East.