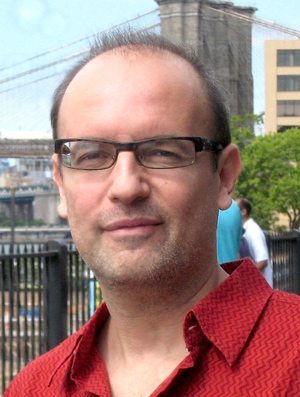 Juan Obarrio is an Associate Professor of Anthropology at Johns Hopkins University and has been a visiting professor in Paris, Johannesburg, and Buenos Aires. He works in the fields of critical theory and political anthropology, focusing on issues of state, democracy, law, violence, and magic, and he has conducted extensive fieldwork in Southern Africa and South America. He has received fellowships from the MacArthur Foundation, Ford Foundation, Social Science Research Council, and the American Council of Learned Societies, and he was a 2016–2017 member at the Institute for Advanced Study (Princeton), School of Social Sciences. He is the author of The Spirit of the Laws in Mozambique (2014), Corps Étranger (2014), A Matter of Time: A Secret State of Things in Northern Mozambique (forthcoming), and co-editor of African Futures: Essays on Crisis, Emergence, Possibility (2016). He is an editor of the new online journal Critical Times (U.C. Berkeley) and, together with Nancy Rose Hunt and Achille Mbembe, of the series Theory in Forms (Duke University Press). He received his PhD from Columbia University in 2007.