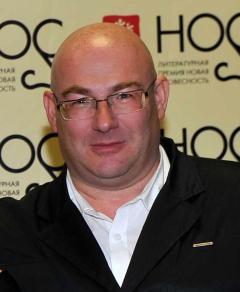 Professor and Chair of Germanic and Slavic Languages and Literatures
University of Colorado, Boulder
Website

Mark Leiderman–who publishes under his pen name, Mark Lipovetsky–was born in Sverdlovsk (currently Ekaterinburg, Russia), where he graduated from the university and defended two dissertations. He moved to the United States in 1996. Since the 1990s, Russian postmodernist literature and culture has been at the center of Prof. Leiderman’s interests. In 1996, he defended one of the first doctoral dissertations on this subject.

He is the author of more than a hundred articles published in the US, Russia, and Europe, eight books, and co-editor of nine volumes on Russian literature and culture. Among his monographs are the following: Russian Postmodernist Fiction: Dialogue with Chaos (1999), Modern Russian Literature: 1950s-1990s (co-authored with Naum Leiderman, 2001 and six consequent reprints editions), Paralogies: Transformation of (Post)modernist Discourse in Russian Culture of the 1920s-2000s  (Moscow: NLO, 2008), Performing Violence: Literary and Theatrical Experiments of New Russian Drama (Bristol: Intellect Press, 2009, with Birgit Beumers; Russian version – 2012), and Charms of Cynical Reason: The Transformations of the Trickster Trope in Soviet and Post-Soviet Culture (Boston: Academic Studies Press, 2011). Volumes, co-edited by him, include Dictionary of Literary Biography: Russian Writers Since 1980 (2003), anthologies of Russian and Soviet wondertales (2005) and Russian twentieth-century short stories (2011), Jolly Little Characters: Cult Heroes of the Soviet Childhood (2008), Non-Canonical Classic: Dmitri A. Prigov (2010), and a two-volume critical reader on late Soviet and Post-Soviet Russian literature (2014, 2015).

Currently, he is at work on a critical biography of the Russian conceptual poet Dmitry Prigov; he also serves as the editor of the poet’s collected works. Lipovetsky’s works were nominated for Russian Little Booker Prize (1997) and short-listed for the Andrey Bely Prize (2008). In 2009-2012, he served on the jury of the Russian literary prize NOS (including as chair in 2011-2012).