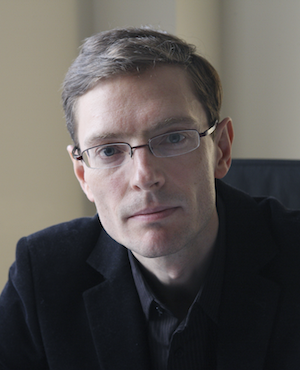 Martin Puchner is Professor Byron and Anita Wien Professor of Drama and of English and Comparative Literature at Harvard University, where he also serves as the founding director of the Mellon School of Theater and Performance Research. He is the author of Stage Fright: Modernism, Anti-Theatricality, and Drama (Hopkins, 2002), Poetry of the Revolution: Marx, Manifestos, and the Avant-Gardes (Princeton, 2006; winner of the MLA’s James Russell Lowell Award), and The Drama of Ideas: Platonic Provocations in Theater and Philosophy (Oxford University Press, 2010). He has published essays in the London Review of Books, Raritan Review, N+1, Yale Journal of Criticism, The Drama Review, The Journal of the History of Ideas, New Literary History, Theatre Research International, and Theatre Journal among others. He is the co-editor of Against Theatre: Creative Destructions on the Modernist Stage (Palgrave, 2006) and The Norton Anthology of Drama (2009) and the new general editor of the third edition of the Norton Anthology of World Literature.