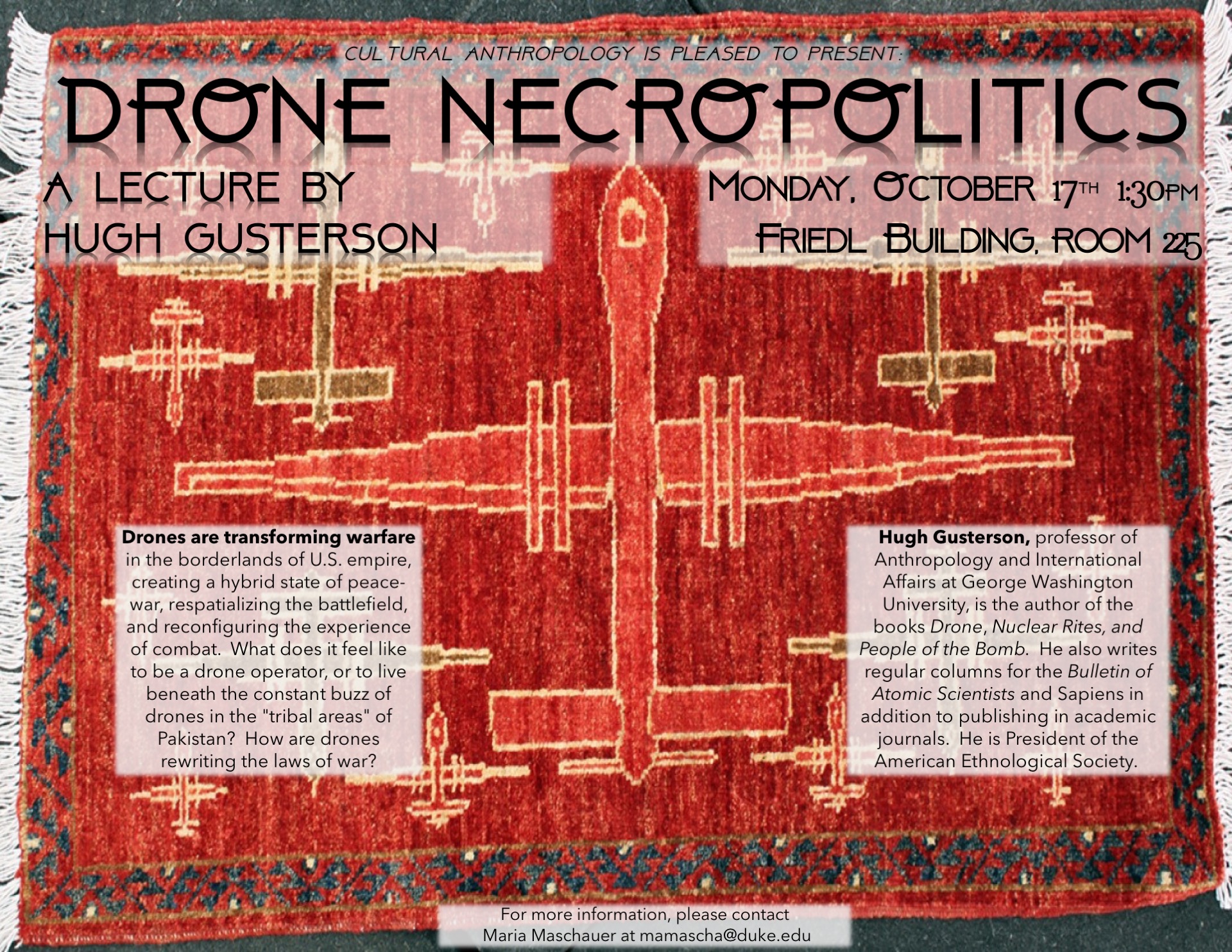 Drones are transforming warfare in the borderlands of U.S. empire, creating a hybrid state of peace- war, respatializing the battlefield, and reconfiguring the experience of combat. What does it feel like to be a drone operator, or to live beneath the constant buzz of drones in the “tribal areas” of Pakistan? How are drones rewriting the laws of war?

Hugh Gusterson, Professor of Anthropology and International Affairs at George Washington University, is the author of the books Drone, Nuclear Rites, and People of the Bomb. He also writes regular columns for the Bulletin of Atomic Scientists and Sapiens in addition to publishing in academic journals. He is President of the American Ethnological Society.