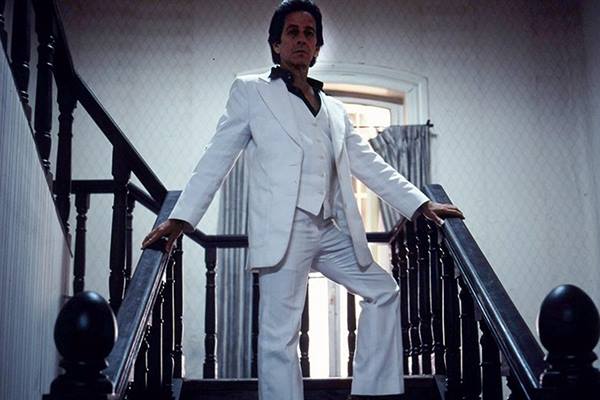 Screening of “Tony Manero” (Pablo Larraín, 2008, 97 min, Chile/Brazil, in English and Spanish w/ English subtitles, Color, Digital), introduced by Jaime Acosta Gonzalez (Graduate Program in Literature). Response by Jake Soule (Graduate Program in Literature). In-depth discussion to follow. Brief reading for the event that will be distributed over email. Dinner provided for audience members who plan to participate in the post-film discussion, and who RSVP in advance to laura.jaramillo@duke.edu

As Augusto Pinochet holds Chile in the grip of dictatorship, a 50-year-old man obsessed with John Travolta’s character from “Saturday Night Fever” imitates his idol each weekend in a small bar on the outskirts of Santiago. Each weekend, Raúl Peralta and his friends — a devoted group of dancers — gather in a small bar and act out their favorite scenes from “Saturday Night Fever.” Raúl longs to become a showbiz superstar, and when the national television announces a Tony Manero impersonating contest it seems like he may finally have a shot at living his dreams. But as Raúl is driven to commit a series of crimes and thefts in order to reproduce his matinee idol’s persona, his dancing partners (also underground resistance fighters who rail against the regime) are persecuted by the secret police.