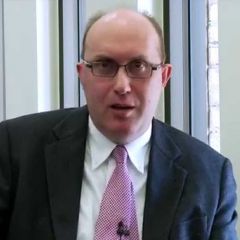 Philip Rupprecht is Professor of Music at Duke University. His recent books include British Musical Modernism: the Manchester Group and their Contemporaries (Cambridge UP, 2015), the edited volume Rethinking Britten (Oxford UP, 2013), and Britten’s Musical Language (Cambridge UP, 2001). He is also co-editor of two essay volumes, Tonality 1900–1950: Concept and Practice (Franz Steiner Verlag, 2012) and Tonality Since 1950 (2017). Current research interests include the intersection of aesthetics and postwar bureaucracy in British symphonic genres of the 1940s and 50s. He received his PhD from Yale University.