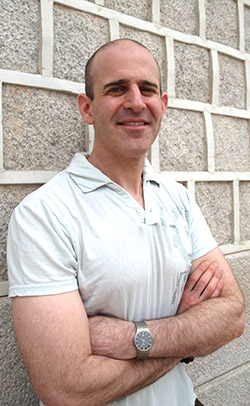 Todd A. Henry is Associate Professor of History at the University of California, San Diego (UCSD), where is also an affiliate faculty member of the Program in Critical Gender Studies and the director of the Program in Transnational Korean Studies. He received his Ph.D. from UCLA in 2006. Henry is a specialist of modern Korea with a focus on the period of Japanese rule (1910–1945). He is also interested in social and cultural formations linking post-Asia-Pacific War South Korea, North Korea, and Japan (1945–present) within the geopolitical contexts of American militarism and the Cold War. Dr. Henry has written a book on public spaces and colonial power in Seoul and several articles on Japanese colonialism in Korea. He is currently working on a transnational study of authoritarian development in South Korea (1948–1993) that examines the ideological functions and subcultural dynamics of queerness, especially as they relate to newspaper journalism and medical science, Hot War modes of kinship and citizenship, and globalized discourses and practices of the "sexual revolution." Dr. Henry has received two Fulbright grants and two fellowships from the Korea Foundation. He has also overseen a five-year (2013–2018) $600,000 grant from the Academy of Korean Studies to develop Transnational Korean Studies at UCSD.